Summer Wars and Eden of the East

In the past few few weeks I have watched Summer Wars. Great movie.

Then I finished Eden of the East. Great show. And now I’m patiently waiting to watch the movies.

Both are really good. Great English voices, very nice animation, interesting storylines, and sprinkled with advanced technology in a much more realistic manner than something like Ghost in a Shell.

Funimation is on a role lately. And now I guess I’ll catch up on Naruto via Hulu. I wonder what will be the next anime that catches my attention?

After getting back from PAX East in the city of Boston I spent this past week learning how to do my job again, watching Nadia: The Secret of Blue Water, played a little Red Steel 2, had a few drinks, went the Pageant, met a cute girl I’ll never see again, tried God of War, didn’t like it and instead played some Shadow of the Colossus.
I have great new games like Red Steel 2, Cave Story, Battlefield Bad Company 2, Warioware DIY, and Pokemons; but I am not feeling compelled to play any of them. I did power though Fragile: Farewell Ruins of the Moon last week. Fragile was just over flowing with atmosphere and could not stop playing it until I was done.
Last night I went to the Pageant to see Tegan and Sara with Amanda, but we ended up leaving after the opening band because Amanda wasn’t felling good. I was a bit bummed because I was flirting with this girl, and overall having a good time. I need to go out more because I like being around people. After I got back I hung out with Chris and sort of watched Evil Dead 3 and Out Cold.

This morning I stayed in bed far to long, and then tried to play God of War. I played 15 minutes of it and was done. I do not like God of War, but since I had my PS2 hooked up I played a little of Shadow of the Collosus. Now that is a great game, my favorite PS2 game. On a side note, many Playstation 2 games have not aged well.

I just read on the Nadia wikipedia page that Hayao Miyazaki came up with the concept which must be why I like the premise, it’s too bad the show suffers badly with early 90’s anime syndrome. Gainax should completely redo that after the are done with the Eva Rebuild.

I’m going to go draw for a bit, should post something new soon.

Looks like the ruthless leader of Iran is a fan of the anti-American movie, Avatar. 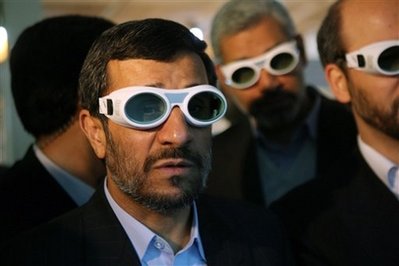