I haven’t played any of my Political Cards down in attack mode in quite some time, but tonight, I am doing just that. With the new vigor of those Democrats and Republicans on the Hill that have nothing left to lose and nothing left of value to give, a web of bills giving the government all sorts of new magical powers is being woven around the American People. This plan to expand the girth of government is being set to afterburner because the well needed  Change that is often promised in Washington but never fulfilled has never seemed as possible as it does now. Alas, my hardened pessimistic eyes look at things like the Arizona Republican senate race between the man no one wants, McCain, and the man everyone else doesn’t want Hayworth, and I see two people who are far too right-wing for the progressives that claim to be liberal and are far too left-wing to bring about the policies to bring about the future restoration of America.

But let me not be distracted. The reason that I started this blog was to say a very simple collection of things. Wide sweeping reforms of all sorts are headed our way. A so-called financial reform was passed today, and soon we will see a so-called immigration reform make it through the House and Senate. I wanted to talk about immigration tonight. This is how we fix immigration.

2: Streamline the process of legal immigration and citizenship.

This would include our government knowing who is in our country, preventing criminals from entering our country, insuring businesses follow proper hiring practices, and making sure when an immigrant’s time is up, they leave.

I would have all of those implemented at the same time. I’m going to to bed.

I want to be a Samurai Warrior 3

I’m currently taken by Dragon Quest IX but today I have managed to get myself interested in purchasing either Samurai Warriors 3 (Developed by Omega Force and Published by Koei Tecmo and Nintendo) for the Wii. Samurai Warriors 3 is a Japanese hack n’ slash game; a genre in which I have never had much interest. I think the closest game to these that I have ever played is probably No More Heroes.

The first reason I have become interested in playing Samurai Warriors 3 is that I am very fascinated by samurai, ninja and the like. Spending my day watching trailers and gameplay footage, I am reminded of movies like Crouching Tiger, Hidden Dragon and one of my favorite animes Naruto, pretty much anything based on Asian history. Since all of the Dynasty Warriors games and their spin offs are based on The Romance of the Three Kingdoms I would expect an otaku lite as myself would at least be intrigued by the concepts and designs of Samurai Warriors 3.

The other reason for my interest in Samurai Warriors 3 is that Nintendo is heavily involved with it, and yes I am that much of a fanboy. Not only is Nintendo publishing the game everywhere outside of Japan, but Nintendo has also be involved with a  new game mode based on a Japan only Famicom Disk System game called The Mysterious Murasame Castle; as well as the inclusion of the main character Takamaru.

The new mode for Samurai Warriors 3 seems to be a variation of gameplay the normal gameplay of Samurai Warriors 3. It’s too bad it is not more like a remake of the original The Mysterious Murasame Castle, but maybe I can hope for a translated release of the game on Nintendo Wii Virtual Console.

Oh Cammy, as in how a lovely southern dame would say Okami. We also lush about Sin & Punishment 2 and Retro Game Challenge. Plus, I sound like a robot on a Walkie Talkie.

Two Wii Games You Should Be Excited About

The first game you might not know about, but need to, is a WiiWare being released by Nicalis title called Night Sky. While I’m not particularly in love with the art direction Night Sky has taken; the overall premise is what has me looking forward to this title. You control a ball and solve platforming puzzles through physics and unlocking blocked pathways with switches. You can check out more on Night Sky Here. 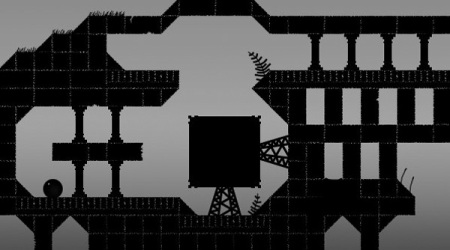 The second game I wanted to mention is Hudson’s Lost in Shadow. Similar to Night Sky in that it’s a puzzle platformer; that is where the likeness ends.Lost in Shadow has you taking the role of a boy’s shadow and it is you job to reunite the shadow with the boy’s body. The catch is that some evil force has imprisoned the boy at the top of a tower. The game gives off a similar to the PlayStation 2 game ICO, and that being one of my favorites is not a bad thing at all. There look to be many puzzles to solve and shadow creatures to slay on this  journey to the top of an ominous tower. I can’t wait to play Lost in Shadow once it comes out in retail sometime this September. Find out more Here

I would also like to mention that from what I have heard; So far, I really like the music form both games. Very atmospheric, ambient instrumentals. I am so excited to play Night Sky and Lost in Shadow. Add these smaller titles to the list of big names like Donkey Kong, Kirby and Metroid coming out this year and there is no doubt I will have my platformer itch, scratched.

After a stint of rail shooters, shmups and reverse shmups, sort of, I am now sitting on a total of 15 games beat this year. This is by far my best year for beating games. That number my not be very impressive to most gamers but I have had a bad track record the last few years of starting games, playing them for a few hours and never touching them ever again. The first game I’ll mention is  Hero Core. I have already written about Hero Core as seen here, but what I can say after beating the game is that it is a solid experience. After you beat the normal game it unlocks new modes. One of the new modes has an almost roguelike, dungeon exploring feel to it that I jumped into directly after I beat the game.

House of the Dead Overkill for the Wii is a grind house style arcade shooter. The game makes use of very over the top XXX content. While that may be off putting for some, I thought it really added to the hilarity of the experience. All of the previous House of the Dead games had started as arcade games first; and while they were violent, it was kept to a minimum level due to it’s availability to the general public. Overkill is free to take on a much more adult oriented concept. I refrain from using the word “mature” because it frankly lacks a sophisticated level of maturity. Instead House of the Dead: Overkill drops F bombs all over the place, gives far more attention to detail on the main females breasts than her hair, and a good helping of always fun dismemberment.

Another game that is all about the dismemberment, is Dead Space: Extraction. A that was more than likely overlooked as yet another rail shooter side story, when all Wii owners want is some more, high quality 3rd person shooters; at least I wouldn’t mind seeing more.  Dead Space: Extraction is not a bad game. That may be because I am a huge fan of the Dead Space Universe, I have Dead Space on Xbox 360, I own the terrible movie, and I enjoyed the (sort of) animated comic. I might have also liked Extraction because I have recently kindled a deep burning love for rail shooters. All throughout playing Overkill, Extraction, and more recently the beautifully stunning Sin & Punishment 2, I have made jokes about how much fun it would be to play [INSERT NAME OF GAME HERE] as a rail shooter. While I say these things a jokes; there is a nugget of truth to them. Rail shooters can be fun, if done well. Star Fox and Star Fox 64 remain my favorites of the series, games like Life Force are rail shooters, and even Modern Warfare 2 and the wildly superior Bad Company 2 have rail shooter sections.

Back on topic. Dead Space: Extraction has a well executed story; with good writing and good voice acting. Graphically Extraction might not look as crisp as the Original Dead Space on PC but it still looks good. I could easily recognize familiar places on the USG Ishimura. There were only a few places that I though could have been explained better. Dead Space: Extraction does somethings that I have never seen done in rail shooters. After playing it I sort of understand EA’s use of the buzz words “Guided First Person Experience” as a legitimate description of the game. Extraction was very organic and I would mind seeing EA and Visceral Games taking what they learned making this game and make an even better outing. As far as what else they could do with Dead Space, I’d still like to see  a side scrolling game that plays like Super Metroid. I think that would be great for the 3DS.

I also recently beat Topsy Turvy Life: Turvys Strike Back. Available for DSiWare for only 200 points, it wasn’t a horrible buy, but after about 30 minutes of game play you’ve pretty much seen and done everything there is to see or do. It’s a cute idea for a game, you basically play the role of the enemy in a top down shooter like Xevious or Galaxian. It even mimics a retro style reminiscent of old top down shooters. As cheep as Turvys Strike Back is I think I’d still rather play Retro Game Challenge or Space Invaders Extreme on my DSi.